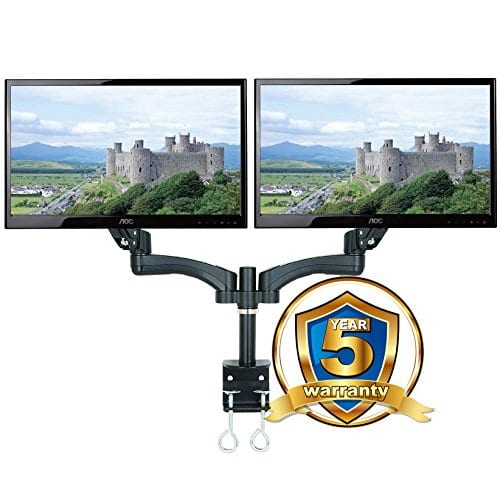 Gas spring monitors are becoming a necessity for modern ergonomic office environments. A gas spring monitor arm can hold the monitor in all possible positions because the spring has almost the same force at all positions and provides damping or resistance which holds it in place. But how does it work?

1. How to adjust the tension of gas spring monitor arm?

You may think the Spring Force (Fs) will increase if piston moves deep inside the gas cylinder, this is wrong, actually the spring force of a gas spring is almost constant, and that’s why a mounted monitor can stay anywhere it is moved to. If the the Spring Force (Fs) is almost constant, how can it lift monitors of different weight? After all monitors can vary significantly in weight. There is normally a Tension Adjusting Screw (TAS hereafter) to match monitors of different weight. For heavier monitors, turn the TAS toward “+” direction, and for lighter monitors, turn the other way around.

Here are a few picture of the TAS in Allcam’s ranges of gas powered monitor arms. 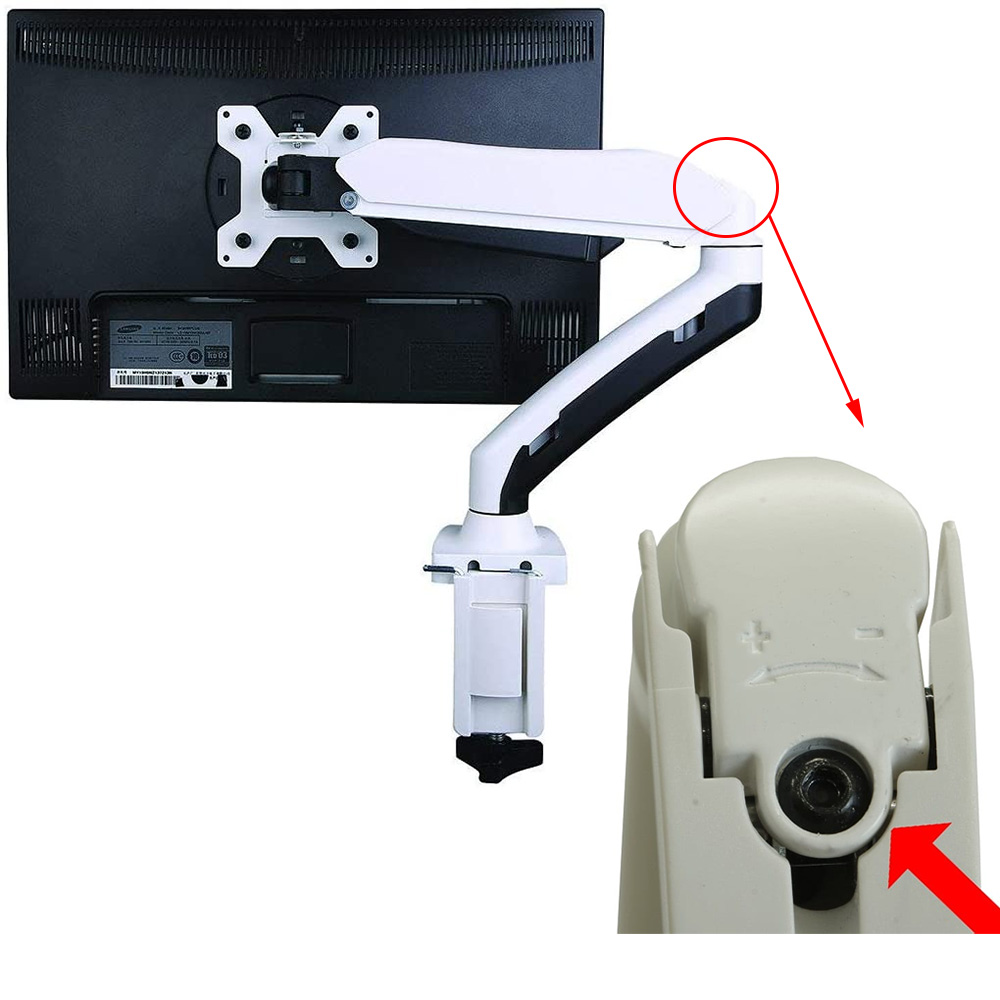 Side view of AVA21S TAS 2. Why the TAS can adjust the lifting power of the gas spring arm?

Gas spring monitor arm is actually quite a very clever enginerring solution. The lifting structure is made of three parts: a fixed-length semi-circular tube, a gas pring arm, and a TAS. The three parts are constructed in a triangle (shown in Yellow in image blow). When the TAS is turned toward “+”, you actually make that TAS side of the triangle longer, which increases the angle α between the other two sides, which in turn increases the vetical component (Fv) of the constant Spring Force Fs. 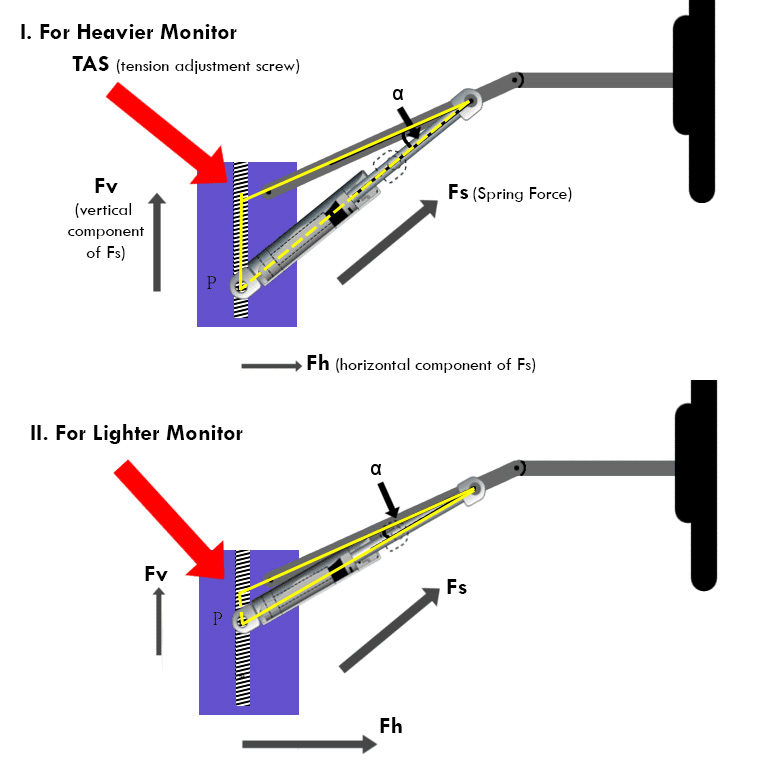